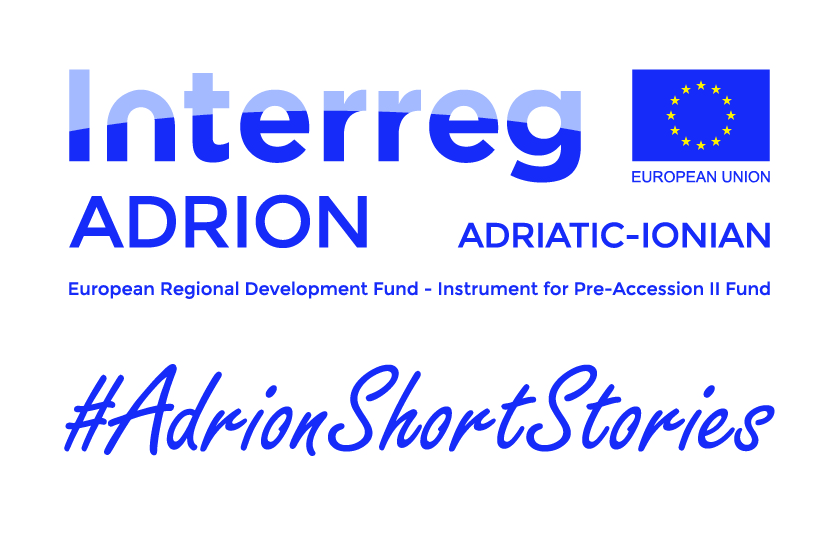 Shipbuilding is a common traditional sector for coastal areas of the Adriatic-Ionian region. From the past to the present times, it has provided economic growth and employment opportunities to the inhabitants. However, shipbuilding has also been profoundly affected by a lack of effective global trade rules and investment initiatives. Moreover, pollution caused by increasing numbers of ships in the Mediterranean has worsen the pressure on the marine ecosystem and air quality. This is where the need for a transition towards sustainability in shipping comes.

A s you probably know, steel and iron are nowadays one of the most used materials to build ships. But technology can help replace them with new approaches and composite materials to make vessels more sustainable, recyclable, and less noisy. We discuss this and the future challenges of shipbuilding together with Professor Nikitas Nikitakos, coordinator of the ADRION-funded project NEORION. The project focuses on green shipbuilding and the promotion of new materials through coordinated efforts among eight organisations from both sides of the Adriatic-Ionian seas, blending research centres with public authorities and private organisations. This mix helped build synergies directly benefitting shipowners, operators and builders in search of solutions for improved sustainability.

Leading the way towards sustainable shipping

Shipbuilding is a marine-related activity which may alter the marine ecosystems and consequenty have an impact on the sustainability of the blue economy. As Professor Nikitas Nikitakos, a maritime engineer by background, said: “The Adriatic Ionian Seas, due to the high number of anthropic activities in the area, such as the density of the population, the pressure generated by tourism, represents one of the places where the green transition is essential. On top of everything,” continued the Professor, “climate change affects heavily the sector. And here comes the need to investigate different technologies that promote green shipping”. The project’s major focus, such as the identification and promotion of sustainable ship manufacturing, addresses one of the main issues of the area : “Fleets in the Adriatic-Ionian area are extremely old, the transition to more sustainable vessels has not come yet and this has quite a big impact on the marine ecosystems”, says the Professor, “In addition to that, we are asked by the European Commission to align with the new regulations on maritime shipping which are fully oriented towards greener materials, energy efficiency, etc., even though several legal and administrative burdens at national level still lay unsolved”, he states.

So, the transition to green shipbuilding is not as easy as it seems.  As a matter of fact, purchasing a green vessel can be costly but long-term benefits are too good to be ignored: “Green shipbuilding is expensive, but new technologies can lead to savings in the long term, in terms of energy consumption as well as efficiency. For instance, we need to support ship holders by giving them information on accessing to funds, and let them exchange among peers on the best solutions to adopt”, concludes Nikitakos. The Project NEORION aims at speeding up this process by boosting the cooperation between enterprises and research centres. It involved more than 100 companies as well as organizations and research centers to share knowledge on how to innovate in the nautical sector. In particular, the project involved companies still anchored to craftsmanship, where resistance to innovation might be stronger due to high costs. Overall, Neorion was able to develop a mix of actions that aims at mobilising both policymakers and private organisations through transnational cooperation and digital tools. Indeed, one of the most effective initiatives was to set up a transnational Cluster on green shipbuilding with the ambition to accelerate both the cooperation of key actors & innovation in the industry.

FIND OUT THE IMPACT OF SHIPPING INDUSTIRES ON THE ENVIRONMENT

Ships make up 13.5% of all greenhouse gas emissions from transport in the EU

The European Maritime Transport Environmental Report launched by the European Environment Agency and the European Maritime Safety Agency shows that ships produce 13.5 % of all greenhouse gas emissions, among different modes of transport in the EU. Road transport continues to be the biggest producer of emissions with 71%, followed by aviation with 14.4 %. Even though ships mark third in the list of greenhouse emissions, it is expected only to grow as demands and the need for container shipping increase more and more. However, the pressure of the maritime sector on the environment does not only have to cope with C02 emissions, but air pollution, underwater noise, and oil pollution are also part of the issue.

2-) Air pollution: In 2019, sulfur dioxide (SO2) emissions from ships calling in European ports amounted to around 1.63 million tonnes, approximately 16 % of the global SO2 emissions from international shipping.

3-) Underwater noise: Ships create noise that can affect marine species in different ways. It is estimated that between 2014 and 2019, the total accumulated underwater radiated noise energy more than doubled in EU waters. Container ships, passenger ships, and tankers generate the highest noise energy emissions from propeller use.

4-) Non-indigenous species: Overall, since 1949, the maritime transport sector has accounted for the largest proportion of non-indigenous species introduced into seas around the EU — close to 50 % of all species, with the largest number found in the Mediterranean. A total of 51 species are all classified as high impact, meaning that they can affect ecosystems and native species. The report also notes the limited data available in assessing the full impact on habitats and species.

5-) Oil pollution: out of a total of 18 large accidental oil spills in the world since 2010, only three were located in the EU (17 %); better monitoring, enforcement, and awareness is helping to reduce oil pollution events even though the amount of oil transported by sea has been steadily growing for the past 30 years.

The EU Commission set out a strategy for reducing emissions from the shipping industry which consists of three 3 consecutive steps:  monitoring, reporting and verification of CO2 emissions from large ships using EU ports; greenhouse gas reduction targets for the maritime transport sector; further measures, including market-based measures, in the medium to long term.

Despite a drop in shipping traffic in 2020 due to the influence of the COVID-19 pandemic, the sector is expected to grow strongly. Source: http://www.emsa.europa.eu/COVID19

“Fleets in the Adriatic-Ionian area are extremely old and this has quite a big impact on the marine ecosystems. In addition to that, we are asked by the European Commission to align with the new regulations which are fully oriented towards greener materials, but several legal and administrative burdens at the national level still lay unsolved”. 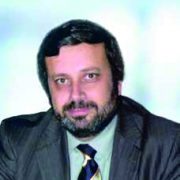 Through different type of events (technical seminars, training and open days), the project laid the groundwork for the creation of a permanent cluster with the scope of sharing solutions among all actors involved, fostering international cooperation and interaction. The transnational Cluster includes all project partners and major actors of the industry matching research institutions and enterprises.

The main supporting tool of the Cluster is the joint online platform, which hosts all relevant information and serves as a common place where the target groups have the opportunity to network, aiming to become a bridge between stakeholders and partners. This tool works as a central node of information beyond the end of the duration of the project, providing info on trainings, events, financial assistance opportunities and likely start-up business matchmaking within the sector.

In details, the portal allows you to see good practices, find organisations working on shipbuilding in your country or in other countries around.  Studies&Projects web-page gathers and groups resources, serving as a database for all the knowledge accumulated and results that are already produced.

The web-page that is dedicated to Good Practices highlights inspiring project results in the shipping industry. NEORIONCLUSTER.EU also includes a web-page named Marketplace that presents ideas and technologies developed by the members (researchers, start-ups, entrepreneurs, SMEs) of the platform after a careful identification and evaluation. Last but not the least, you can keep track of available funding opportunities for your business by following the page Funding Opportunities on the website.

NEORION Plus continues with promotional activities to reach a bigger audience

NEORION will soon end its activities, however, a follow-up of the project has just taken off under the new name of NEORION Plus. The follow-up phase will further promote the project outcomes. “NEORION Plus is mainly about capitalization. We are going to organize two events to promote it; one training in Italy, another one in Greece for the stakeholders to give visibility to the tools developed by the project.” says Prof. Nikitas Nikitakos, “Moreover, to increase the use of the Platform we will produce video tutorials and informative materials” he states.

Documents: Introductory Guide in Marine Propulsion and Green Shipping analysis the features of the main engines, the types of fuel in different kinds of ships, renewable energies, green vessels and more.