The Eurobarometer, the public opinion survey regularly conducted by the European Commission addressing a wide variety of issues, highlights the awareness of citizens on regional policy is on the rise

The results of the Eurobarometer flash survey on the citizens’ awareness and perceptions of regional policy has just been released and it shows some quite positive outcomes. First of all, the awareness of citizens regarding EU public investments has increased. The public awareness and positive perception of regional policy projects have reached 40% – a plus of 5 percentage points in comparison with all previous surveys – while positive perception is at 80%.

The survey examines respondents’ views on the priorities of the EU’s regional policy, asking them which geographical regions and which investment sectors the EU should target and who should take decisions about regional investments. It concludes by looking at public awareness of the EU outermost regions and about EU support to cross-border cooperation, including of Interreg and of four EU macro-regional strategies – in the Baltic Sea, along the Danube, in the Adriatic and Ionian Sea and in the Alpine region. Unfortunatley EUSAIR is still not well known among EU citizens, who only 7% of them are aware of the Macroregion. 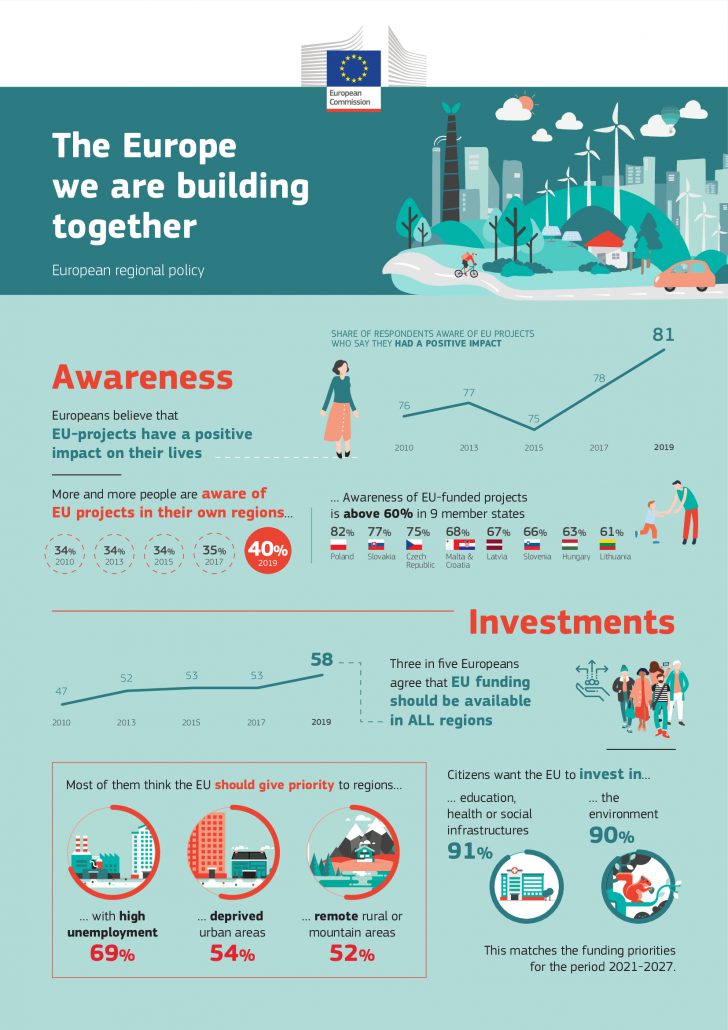 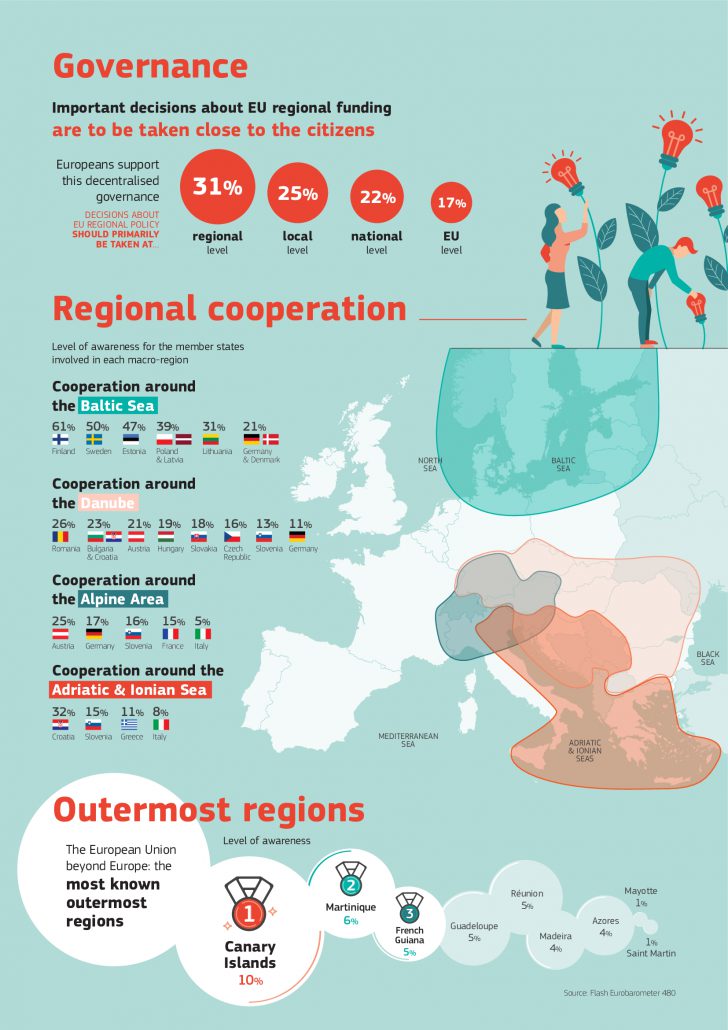